(originally published in Science on August 3, 2012)

My son went to a good school, studied physics, and did well. Then, after his junior year, he got a glimpse of the life physicists lead and decided it wasn’t for him. He graduated with a physics degree and then asked himself, “Where do I go now?” I was relieved when he informed me he had no interest in going into my field, quantitative finance.

His physics education alone has not equipped him for what he will find in my field. Although he might have had a successful career as measured by income alone, I don’t want him to come home from work conflicted. Because much of modern economics and finance reads like physics, he will be able to read literature that many others cannot—perhaps not his boss, nor his clients. I would be afraid that he might someday build a financial model that blows up his firm or costs a client loads of money. I know he is a good kid, but I think the environment on Wall Street for people like him is bad.

END_OF_DOCUMENT_TOKEN_TO_BE_REPLACED 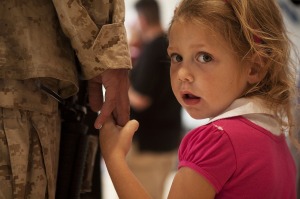 This past February, I retired from finance. Although I intend to continue to study the markets and write about them, I have no intention of ever working in the securities industry again. This makes it easy for me to talk to you about what I think is going on and what needs to be done.

I worked at Merrill Lynch as a computer consultant in the mid-1980s, and from 1986 through 1992 I was an employee—first doing research and later creating and running trading desks in New York and Japan. After a brief stint at Credit Suisse First Boston in Tokyo, I returned to the US in 1993 to work as a consultant to a couple of large Wall Street firms. In 1995, I built and ran a statistical arbitrage trading desk for the US branch of a medium-sized Canadian securities firm.

This February, at the age of 61, I retired from that job of 18 years. I can honestly say my time at that Canadian firm was the best of my entire working career and unlike anything I experienced at any other Wall Street firm. At first I could not put my finger on the difference, but at a Christmas party an elderly co-worker from South America I’ll call Eduardo told me he’d been wondering about the same thing. “I have figured it out,” he said, “The word is ‘decent’ and my theory is that in Canada they raise their children to believe that it is more important to be decent than to be rich.” END_OF_DOCUMENT_TOKEN_TO_BE_REPLACED