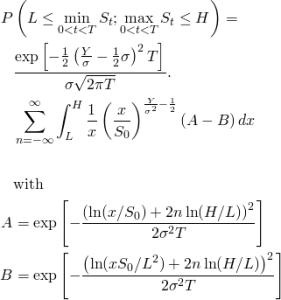 (originally published in Science on August 3, 2012)

My son went to a good school, studied physics, and did well. Then, after his junior year, he got a glimpse of the life physicists lead and decided it wasn’t for him. He graduated with a physics degree and then asked himself, “Where do I go now?” I was relieved when he informed me he had no interest in going into my field, quantitative finance.

His physics education alone has not equipped him for what he will find in my field. Although he might have had a successful career as measured by income alone, I don’t want him to come home from work conflicted. Because much of modern economics and finance reads like physics, he will be able to read literature that many others cannot—perhaps not his boss, nor his clients. I would be afraid that he might someday build a financial model that blows up his firm or costs a client loads of money. I know he is a good kid, but I think the environment on Wall Street for people like him is bad.